The success of architecture lies in the architect’s ability to achieve perfect harmony – across aesthetics, material, interior and exterior. Lasting structures both inspire and feel right at home in time and place. To master this balance, one must be in dialogue with both nature and fundamental forms. Recognising the responsibility we have, true harmony in design is not just in conversation with nature but beneficial to it in perpetuity.

A Response to Nature

Architecture at its very essence responds to its environment. Fitting in with its surroundings, especially natural ones, does not mean it needs to be camouflaged. It does, however, need to be in harmony.

Frank Lloyd Wright’s Fallingwater is a private residential home in Pennsylvania that has been lauded as a perfect example of “organic architecture”. While well-integrated into its lush landscape, at home in any season, it is incredibly modern in shape. Wright influenced one of the major modern architecture movements, the Bauhaus school. Out of its principles – where form followed function and true materials were emphasised – emerged contemporary architects devoted concerned with straight-forward structures that met purpose of site. Balanced proportions and essential geometries were favoured for their purity – one that was easily in conversation with nature.

In contemporary architecture, these ideas were pushed even further. We think of Mario Botta ’s Berg Oase at the Tschuggen Grand Hotel in Arosa, Switzerland, rising out of the Alps. 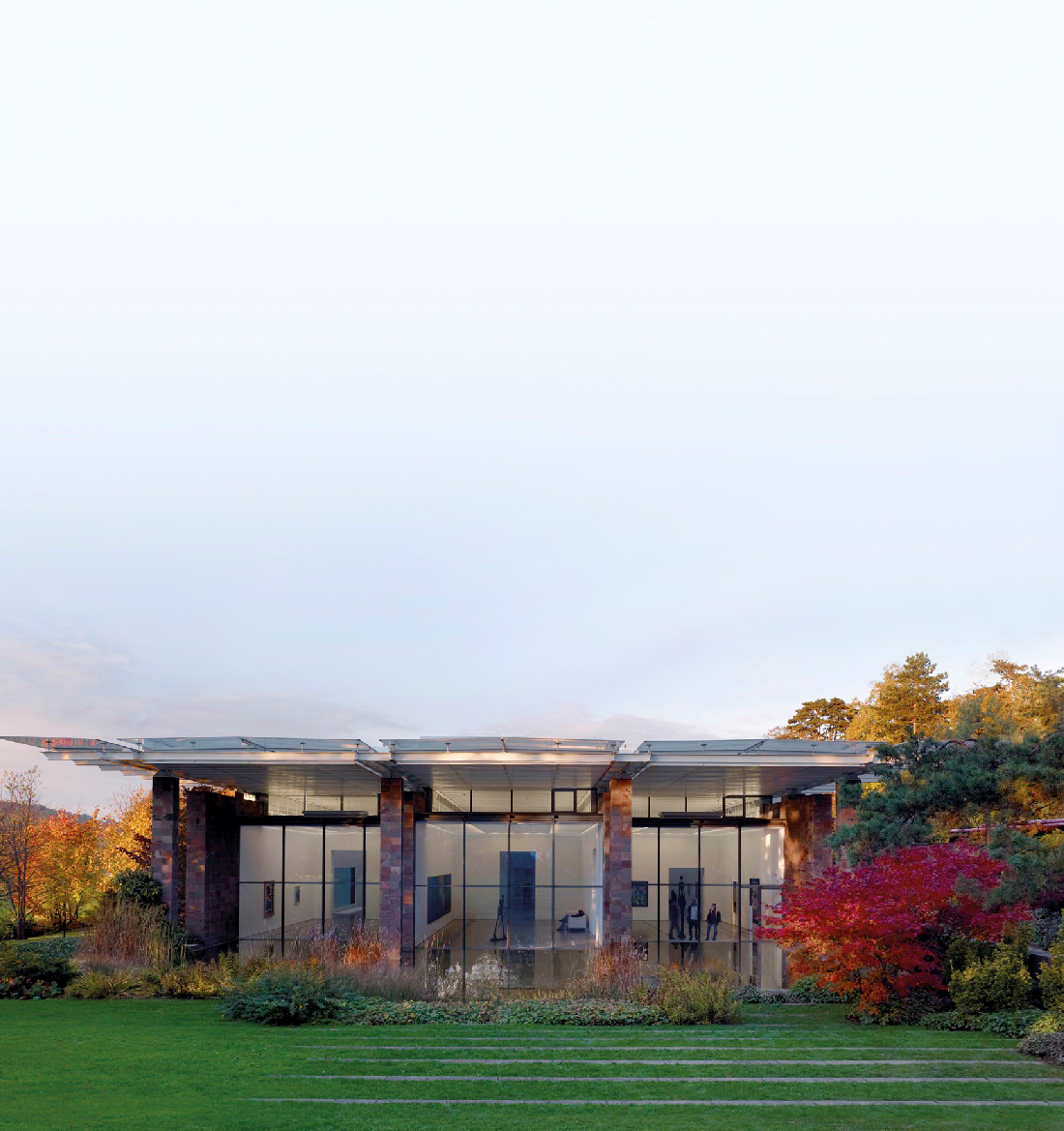 Finding harmony in nature also means considering architecture’s impact on its natural surroundings. In contemporary times, we find examples of early sustainable design in the 1960s as an offshoot of the environmentalist movement, and in the 1970s as a result of the energy crisis. It gained broader favour and appeal in the early 2000s, thanks to the work of influential names like Norman Foster, Thom Mayne, and Renzo Piano. Today, a green, low environmental impact approach is the standard for most contemporary architects, in parallel with a growing desire among the clients that commission them.

German Designer Rolf Disch famously combined modernist principles with solar power to design the Heliotrope in southwest Germany, named after plant life that blossoms and moves in accordance with the sun. Also in concert with the elements are the concepts used by Jeanne Gang of Studio Gang. For the Aqua Tower in Chicago, she sculpted its façade to divert the high winds that famously come off Lake Michigan, keeping one of the city’s new signature skyscrapers from wavering against harsh climate conditions.

For these architects and designers, the best in design should not only be constructed with the best sustainable practices but also inspire respect for the environment from the people that move in and through it. What this ultimately allows for is the enjoyment of life in harmony, and at home, with nature.

Harmony in architecture and design has been thoroughly explored and mastered by Bauhaus – a movement governed by the principles of harmony – by form and function, by the emotional and the rational, by art and science.

Inspired by Bauhaus, La Prairie sought to master the harmony of youth – a harmony that is fleeting. This scientific pursuit culminated in a breakthrough centred on skin ligaments - skin’s vertical pillars. Skin ligaments are directly correlated to essential elements of facial harmony, and are as of yet unaddressed by skincare. To achieve this harmony of youth, La Prairie created a new breakthrough ingredient, Caviar Infinite: thirty-five years of Caviar Science, mastered.

Following the codes of Bauhaus, the packaging design of Skin Caviar Harmony L’Extrait is a dynamic duality of form and function. A cobalt blue glass vial encapsulates the potent formula deep within, while its reflection creates the impression of undeniable harmony. 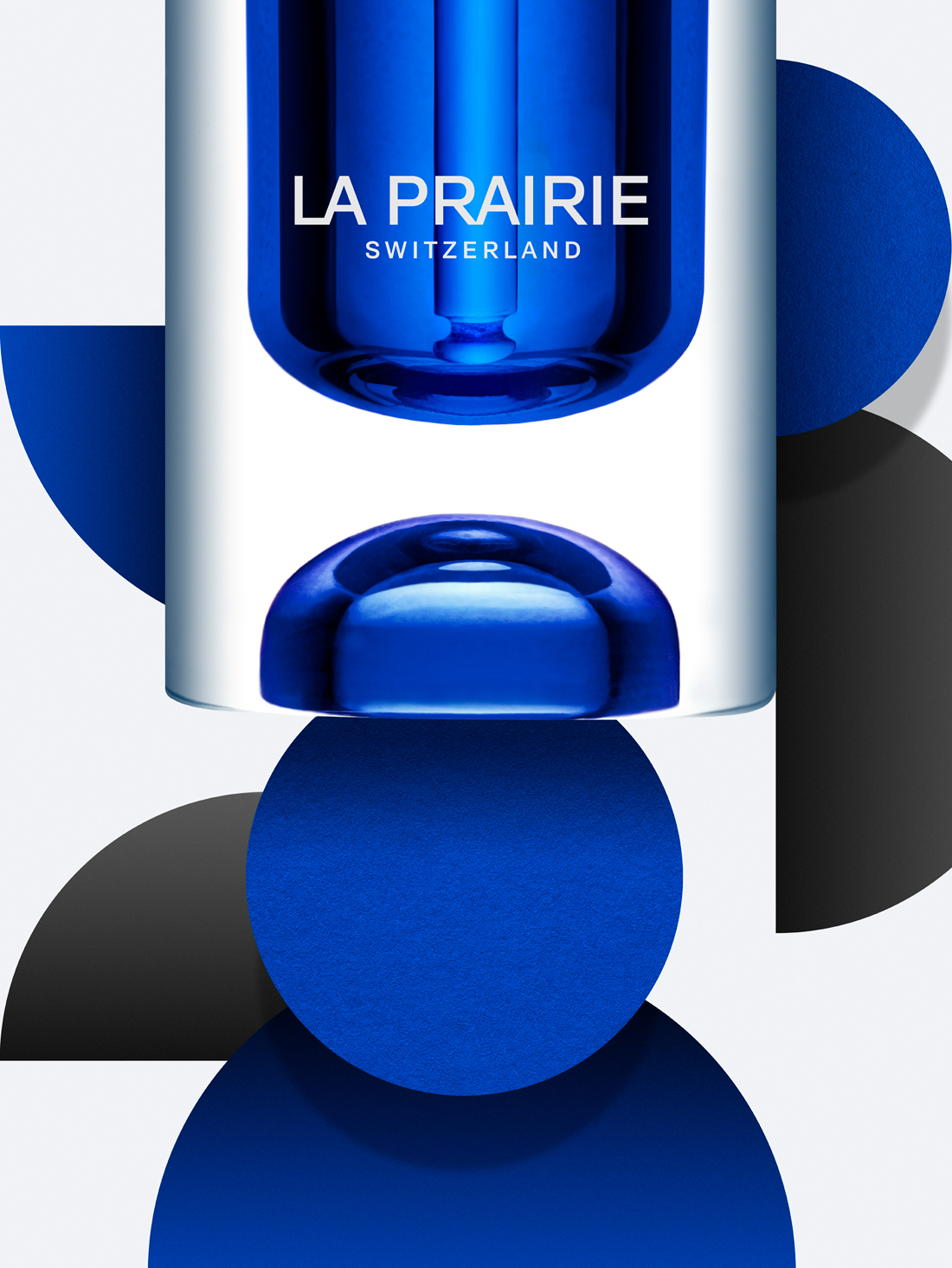