For its first edition of La Prairie Invites, the premier luxury skincare brand talks to Audemars Piguet about the beauty of timelessness.

Just like La Prairie, Audemars Piguet has been inextricably linked to art from its very beginnings. With a shared vision for audacity, unparalleled aesthetics and timelessness, both luxury Swiss brands have a partnership with Art Basel — the world's premier modern and contemporary art fair — which has shows in Basel, Hong Kong and Miami.

Audemars Piguet, one of the world's most celebrated luxury watch manufacturers, has mastered the art of perfection with rule-breaking innovation.

In 1972 — 97 years after its birth — the Swiss brand dared to do the unthinkable. As part of an eternal quest to combine artistic excellence and technical expertise, Audemars Piguet launched a watch that rocked the tranquil waters of horology. It transcended the inelegant confines of the average sports watch to produce a masterpiece of opulence and engineering.

The Royal Oak was both sporty and infinitely beautiful. Treated with the reverence of gold, its steel case had an astonishing lustre. The bezel was a groundbreaking octagonal shape and the dial’s tapisserie pattern captivated with its ability to reflect light. With its audacious design and breathtaking craftsmanship, the Royal Oak entered the elite club of timeless classics. 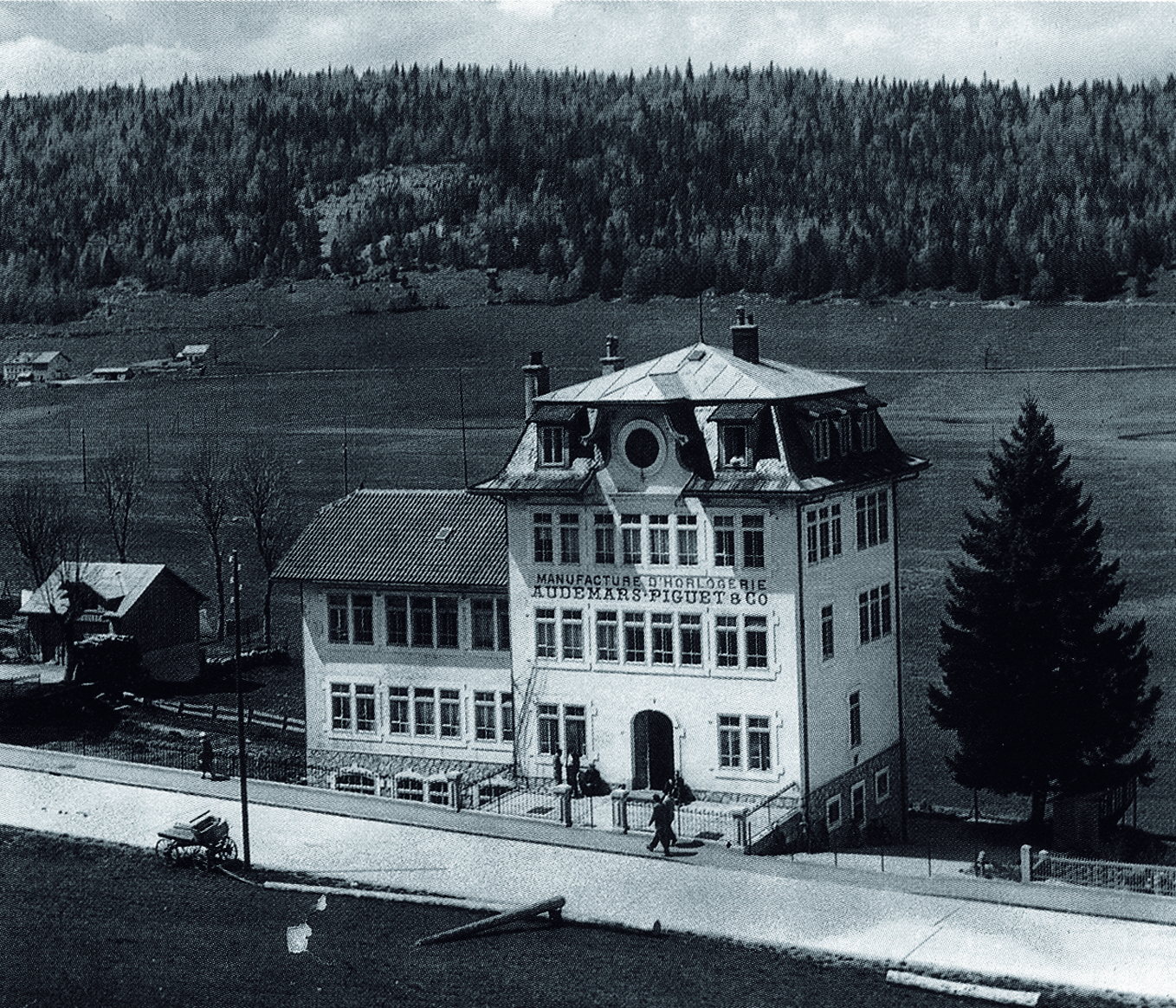 Based in the Vallée de Joux, known as the cradle of fine watchmaking, the brand continues to be revered for its innovation and sophistication. It still inspires the Royal Oak’s devoted followers with regular updates and produces a limited 40,000 watches per year to ensure exclusivity across all its collections.

“I believe that luxury products have almost become a philosophical refuge from the pace of today’s world,” asserted Chadi Gruber, Audemars Piguet’s head of product development. “Luxury means taking your time in a world where everything is too fast. We are proposing a slow perfection.”

Luxuries not only make time appear to stand still — they can also produce a poetic resonance.

“The creativity of our designs and movements, and the painstaking precision and rarity of our materials, provide an escape from pure vital needs,” stated Chadi. 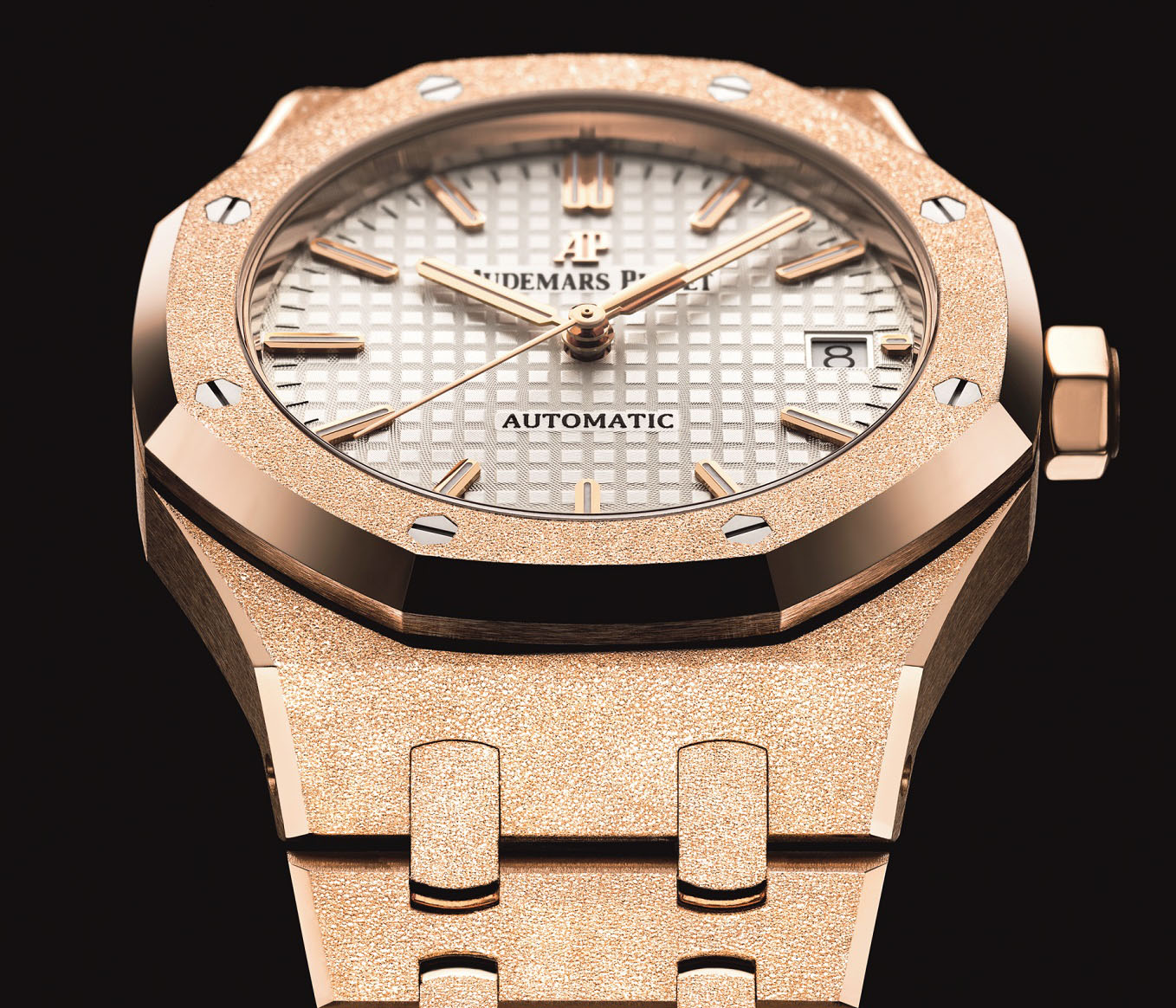 “We create objects that allow you to travel internally, like art does. We’re here to create emotions and make people travel outside the purely material and technological world.  You can see the artist’s soul in its work and for me it’s the same thing for our watches. They include a part of the artisan’s soul. I often make the analogy between our watches and art because, for me, a watch is a painting that you wear on your wrist.” 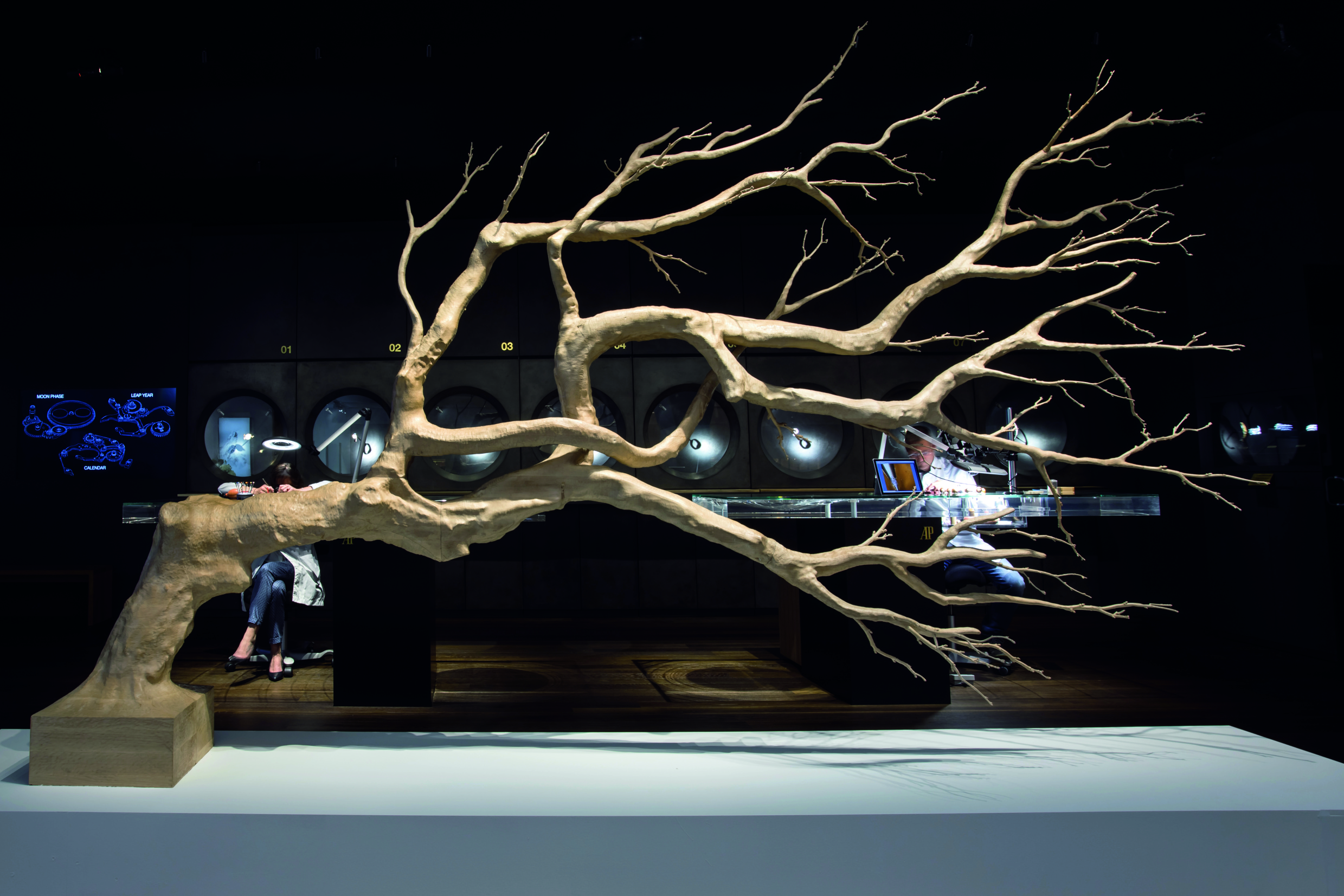 The birthplace of the brand, Switzerland has become synonymous with luxury, elegance and precision because of its centuries-old culture of embracing seriousness, refusing to compromise on quality and valuing hard work, Chadi stated.

The industrious character of the Swiss, along with the harsh weather, helped them to become world leaders in horology, as farmers with a penchant for precision turned to watchmaking during the long winters.

Today, Audemars Piguet continues to create timeless elegance by never forgetting its rich past and having a vision for the future.

How does it manage to keep ahead of time?

“I would say we’re perfectly on time. We just know it before others,” declared Chadi.

Majestic Matterhorn: Behind the Lens

A symbol of eternity and audacious beauty, the Matterhorn is the iconic image of Switzerland — one that represents La Prairie.

The majestic mountain continues to captivate artists and audiences today.

Nenad Saljic’s haunting black-and-white photographs of the mountain have earned him two National Geographic Awards, and resulted in the honour of being named Professional Landscape Photographer of the Year at the 2013 Sony World Photography Awards.

Nenad, who was born in Croatia, became enraptured with mountaineering on a school hiking trip when he was only 12 years old. Seven years later, he climbed Mont Blanc. But it wasn’t until his 40s that Nenad first set eyes on the bewitching Matterhorn Mountain.

“The triumph and tragedy of this feat mark the epitome of our human desire to explore and venture beyond our limitations, simultaneously reminding us of how great and how small we are,” asserted Nenad. “The Matterhorn is a product of geological processes that transcend human beings and our concept of time.”

A trained mountaineer and caver, he has never climbed a mountain that has had such a pull on him. “I think there is a Buddhist saying that the best view of a mountain is not from the top, because once you are on the summit you cannot see the mountain itself. This is a nice philosophical excuse, at least,” he stated.

Eternally captivated, Nenad finds that time gradually slows down when he is working, and eventually seems to stop entirely.

Your geo-location is disabled