DEPICTING LIGHT, FROM THE ETHEREAL TO THE AVANT-GARDE

The luminous haloes of Byzantine icons. The warm glow radiating from the skin of Renaissance masters. The Impressionists’ nebulous sunsets. Light, and all that it symbolises, can be found everywhere in the canon of art history, and artists have illuminated their works through a wide variety of methods ever since. Gold leaf gave way to meticulously detailed oils, which in turn led to broad brushstrokes, then to paint slapped onto the canvas with palette knives. The neon tubes, cathode rays, and uplit, nebulous clouds of light we see in 20th and 21st-century art installations may be imbued with the shock of the new, and yet they are at once the evolution of something truly ancient. Expressing both the light without and the light within have been parts of the modus operandi of artists since time immemorial. After all, enlightenment is both literal and metaphorical, and art is our greatest tool with which to cast away the shadows of mediocrity. Today, galleries act as beacons, calling us through the fog of reality and nurturing us by beams of light, bestowed by those who create.

THE LIGHT WITHIN: PAINTING HOLY FIRE

In the centuries prior to the advent of electric light, the world was a shadowy place, and the studios of artists would have been illuminated by flickering candlelight and glowing embers. Light in art during the early and late Renaissance — and indeed, prior to this in early Christian art) — was rarely, if ever, used in a naturalistic fashion. Rather, it was used symbolically; the light depicted was invariably the light of God, either radiating from the souls of saints and deities or burning as a holy fire beneath the skin of men.  This can be seen perhaps most enduringly in the paintings of Rembrandt. The subjects of this extraordinary portraitist, which frequently include peasants and workers, as well as the artist himself, glow with a golden light which comes from within. This was not just a stylistic flourish of the Dutch master, it was how he claimed to see humanity. The same can be said for Caravaggio, whose masterpieces show shadows broken with shards of Holy fire. For these exemplary painters and their contemporaries, paint was a medium which allowed the metaphysical into our lives. In an age of candlelight, the effect was doubtlessly awe-inspiring. 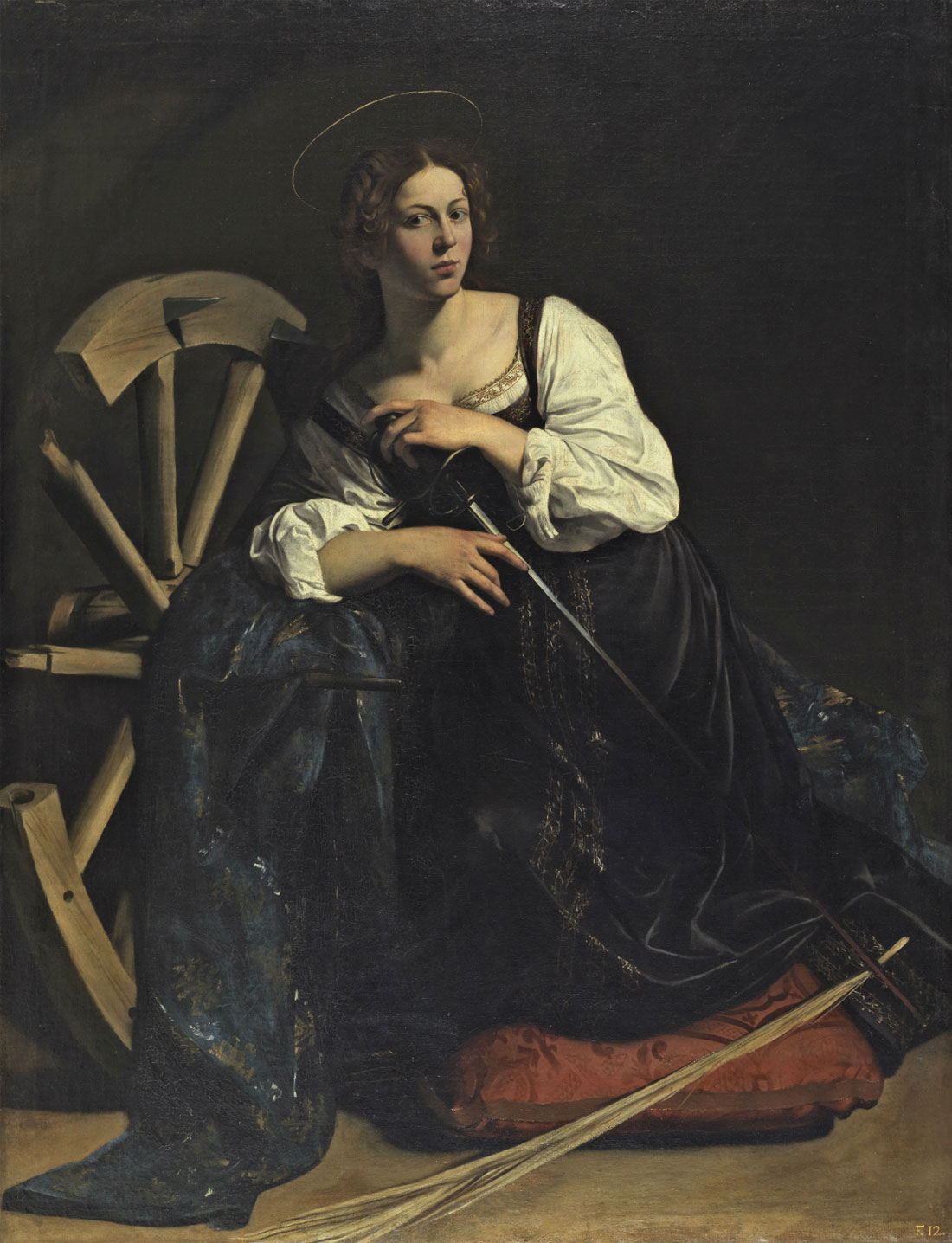 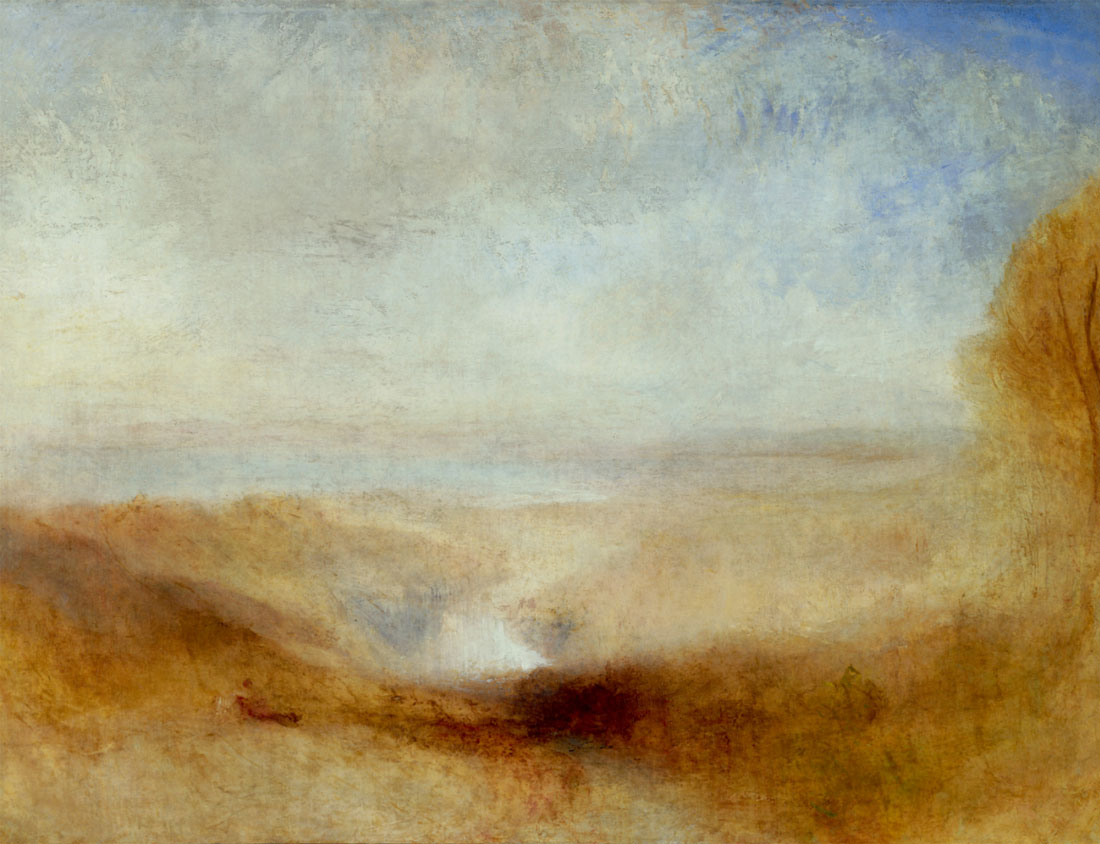 Once the painters of light stepped out of the studios and into the open air, however, it became clear that the natural (and importantly, the contemporary) world, when captured on canvas, was every bit as magnificently lit as the biblical subjects of Renaissance Italy and honourable peasantry of the Dutch masters. Capturing the light of the world on canvas became a humanist endeavour, a chance for escapism from newly industrialised cities, and a secular expression of liberation, and a romanticism of natural forces. By painting almost nothing but light and air, J.M.W. Turner’s skyscapes forged scandal from their breathtaking emptiness and heart-stopping beauty. The Impressionists captured light as fleeting moments, and yet their works were no less beautiful for their evanescence. Rather than lighting their subjects with golden paint, such artists used light as their subject. In doing so, they explored new ways of using paint to explore the experience of sunlight, the sensation of sunrise, the daily spectacle of the multi-hued dusk and dawn.

THE GALLERY AS LIGHTBOX

The floodgates of light art were well and truly broken in 1930 when the Hungarian artist Moholy-Nagy debuted his groundbreaking installation ‘Light Prop for an Electric Stage’. Created to showcase the movement of light itself, it stunned gallery-goers upon its release and sparked furious debate regarding the direction European art was heading. That direction was, of course, further and further into the illumination of a deeply literal kind. Illumination in art had become less about golden pigments, and more about exploring the potential of light, colour, and form, and reducing these components to the barest and most spectacular essentials.

During the 1960’s heyday of minimalism and light art, critics and art commentators would regularly seek deeper meanings in light art installations. The glow emitted from such works was often proclaimed to forge a clean and convenient link between the avant-garde of the 20th century, and the light of God depicted in the aforementioned works of the Renaissance. The artists in receipt of such comparisons, namely Dan Flavin and James Turrell, would go to great lengths to refute them. Indeed, light artists at the time began going to great lengths to create more transparency in their installations, being sure to leave cables and power outlets visible to the gallery attendees. In doing so, light art entered a newer, altogether more humanistic and conceptual phase. This ongoing approach can be seen with stunning effect in François Morellet’s piece, ‘Sens dessus dessous no2‘, which takes the concept of ‘the light without and within’ in a strikingly literal sense.

In the later 20th century, and at the turn of the millennium, light art blended with both minimalism and psychedelia, producing prismic fantasies and the sci-fi visions of emerging talents such as Chul-Hyun Ahn - La Prairie’s featured artist at the 2019 edition of Art Basel in Hong Kong. Using light and colour to strike the viewer with haunting matrices and enigmatic illusions, the groundwork laid by mid-century minimalist pioneers is given a new lease of life and new relevance in today’s gallery spaces. Such spaces remain beacons amid the monotony, ever-eager for immersive works which trick the eyes and delight the senses. The appetite for the ephemeral, and for the flickering glow of imaginary cities brought safely indoors, has never been stronger. 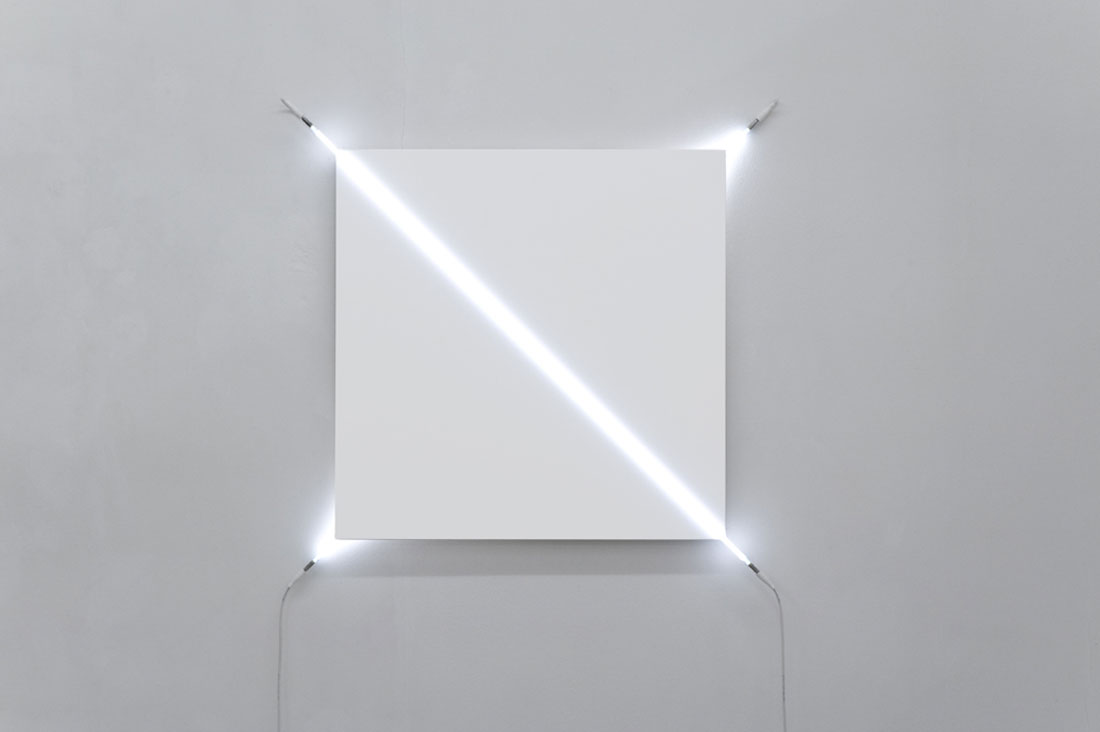 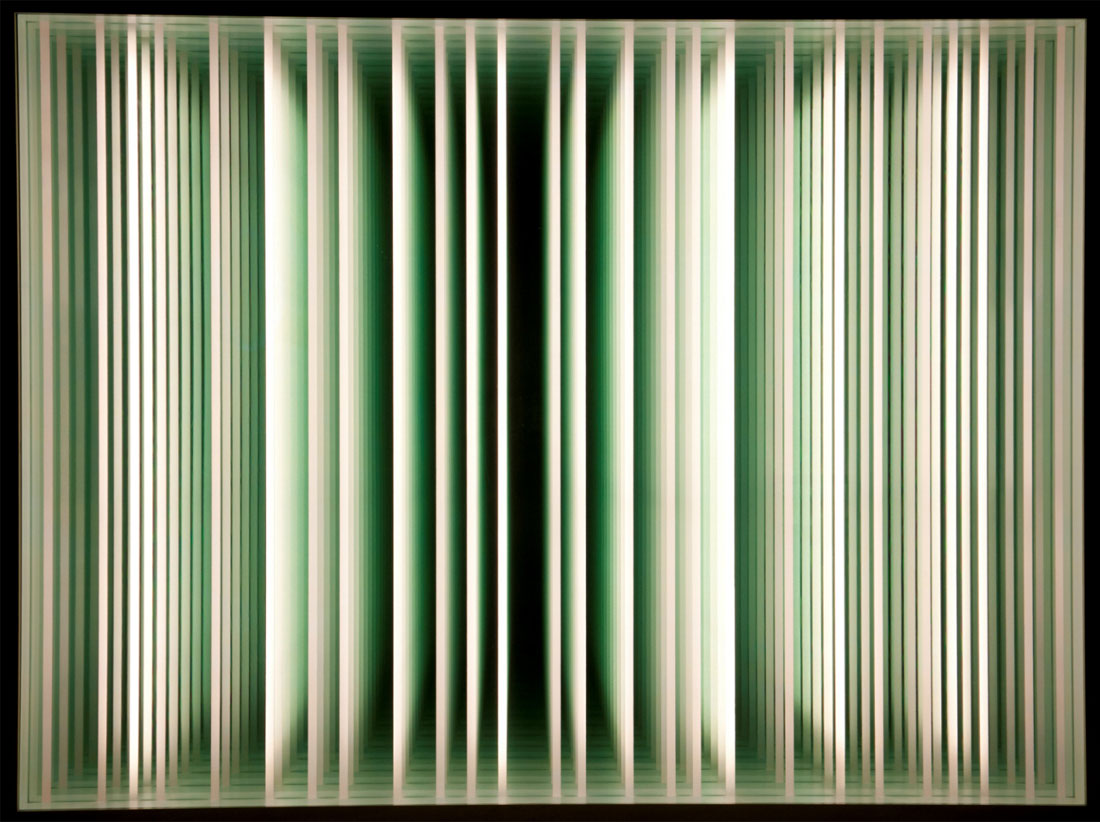 The appeal and demand for light art is, fittingly, a multi-faceted one, and one which reflects an enduring fascination with the depiction and capturing of light. Contemporary light art revels in the fact that its creation is not divinely inspired, but is instead a wholly human endeavour; the artist’s ability to fill vast spaces with wonder is a testament to the ingenuity and imagination of man.

Light artists drive home a further message with their creations. The feeling of awe we experience, whether standing before the golden warmth casting hope through Caravaggio’s darkest canvases or a futurist light installation, remains entirely the same. Light draws us out from the darkness. It guides us, comforts us, bedazzles our senses. It is as universal and vital as it is unknowable. Such works allow us the time and space in which to gaze into the light, before coming away enriched, bettered, and enlightened. Our inner light, the sun itself; such things are unreachable. Captured in oils and neon, however, they become a part of our world.

THE EQUATION OF LIGHT

“What if there were a way to decode light?”

This simple, yet essential question formed the starting point for the latest La Prairie breakthrough in the Science of Light. In fact, the scientists at La Prairie sought to understand the various factors that impede skin’s luminosity. The result of years of research came in the form of an equation that represents the relationship between light and the various elements that affect it - The Equation of Light.

Put simply, there are two components to the equation that affect the natural luminosity of the skin: colour and reflection.

To decode the equation, La Prairie developed two unique products: White Caviar Illuminating Pearl Infusion and  White Caviar Crème Extraordinaire. Used together, they respond to the two components of the Equation of Light, for skin that appears to be illuminated from within. 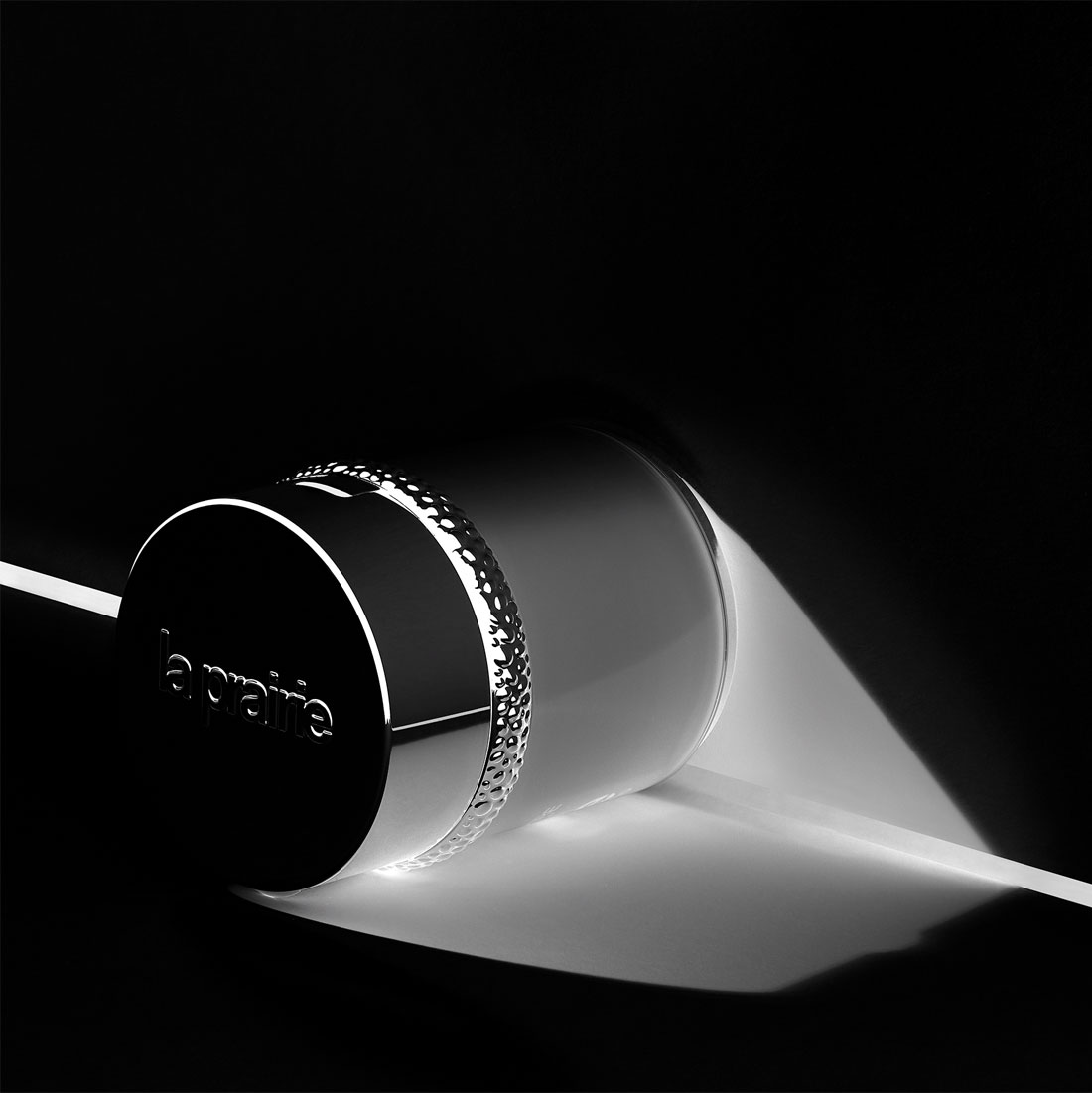